Last summer I accepted what I thought would be a dream job.

As a self professed chocoholic, I thought I had died and gone to heaven.  I love chocolate.  I have always loved chocolate.  I can never get enough chocolate.  And now, to be paid to eat chocolate?  Can it get any better? 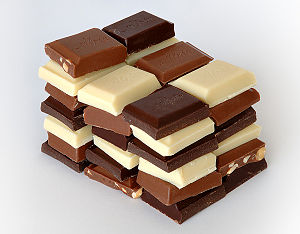 The job was great.  I met wonderful and fun people.  It was only for 6 hours a week, spread over 3 days – perfect for a re-entry into the work force with young kids at home.

I tasted amazing chocolate.  I learned about tastes, odors, and foods other than chocolate.  It was fascinating to be exposed to the intricacies of what we eat and why we eat it and what makes us want more.

But then over Christmas, I had an epiphany of sorts. (good timing for an epiphany – pardon the pun)

What was I doing to myself?  I was trying to lose weight.  Run faster.  And most importantly, come to grips with my sugar and food issues.  What on earth was I doing as a chocolate taster?

I reflected on the past few months as a taster.  I had been exceptionally tired.  Grumpy.  Moody.  Yelling at the kids a bit more than normal.  Just in an all around funk.

And then I got some routine blood test results.  Cholesterol up over 20 points.  Blood sugar up to just 4 points below pre-diabetic level.

That’s when my epiphany happened.

The sugar.  The chocolate.  They were the last thing my body – and mind – needed.  Most of the candy I tasted I spit out.  But my body was still absorbing some of it.  How can it not?  What was I doing to myself?

I had my dream job, but at what cost?

It’s been a week, and already I feel like a different person.  I’ve virtually cut out added sugars from my diet.  I’m following Weight Watchers on-line.  And I’ve lost 3 pounds.

I wouldn’t trade those few months as a Chocolate Taster for anything.  Besides being fun, it was pretty cool to tell people what I did and watch their eyes grow big and mouths water!

But sometimes what we think is perfect turns out to be anything but.

I will never give up chocolate totally.
There will always be room for an occasional nibble.
But I’m going to leave it at that.