It’s the beginning of March, and I’ve made some headway.
I’ve lost 6 pounds. I’m faster and stronger. I’ve exercised 30 minutes almost every day.

But now, I have to reevaluate, or perhaps I should say redefine, my goals.

Turns out I’m going to be having surgery on March 27th.  Yep, I’m going under the knife.  Something I wasn’t expecting back in January. 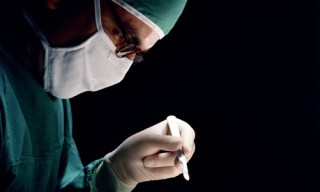 It’s not serious.  It’s routine – but most unpleasant.  I’ve been suffering from multiple pelvic organ prolapse for some time, but it’s been getting steadily worse over the last few months.  I think my stubborn cough has had a lot to do with it, plus I had very large babies (thanks, 10 pound Collin!), which started the whole downward progression.  Pun intended.

Anyway, the doctor will have his way with me on March 27, a short 3 weeks away.  I hear the first week of recovery can be pretty rough.

And then I have 2 months of very restricted activity.
No lifting anything for 2 months.  Not even a gallon of milk.
No carrying a laundry basket.  That will be fun with three boys in the house and endless piles of laundry.
No vacuuming.
No carrying groceries.
And most definitely, no running.
So needless to say, my 30 minutes of exercise won’t be happening for a while.  Which means weight loss will be even harder.  And I can pretty much say goodbye to a marathon in the fall.

I’m still running the NYC Half on March 18th, but I’ve had to cancel the More Magazine Half in April and the Superhero Half in May.  I was hoping to run the Wineglass Marathon in September, but that won’t happen.

I’m of course disappointed that I have to let go of these races.  But I think the reason is definitely worth it!  My quality of life is going to dramatically improve.

Running has helped me through this.

Physically, I really believe that it has strengthened my muscles.  I’m sure my condition would be a lot worse if I didn’t have the abdominal muscles that I do from running.  (The muscles are in there, I know it, but you just can’t see them.  My six pack is just hiding out.)

Mentally, running has given me strength too.  I’ve realized that I have incredible stores of strength.  Running up miles of hills, having a kick at the end of a 9 mile run, plus completing 2 full marathons, shows just as much emotional strength as physical strength.  I won’t ever quit.  Ever.

It’s like I’ll be crossing a different kind of finish line.
And then I’ll head to the next race.